Clandestina is much more than a clothing brand 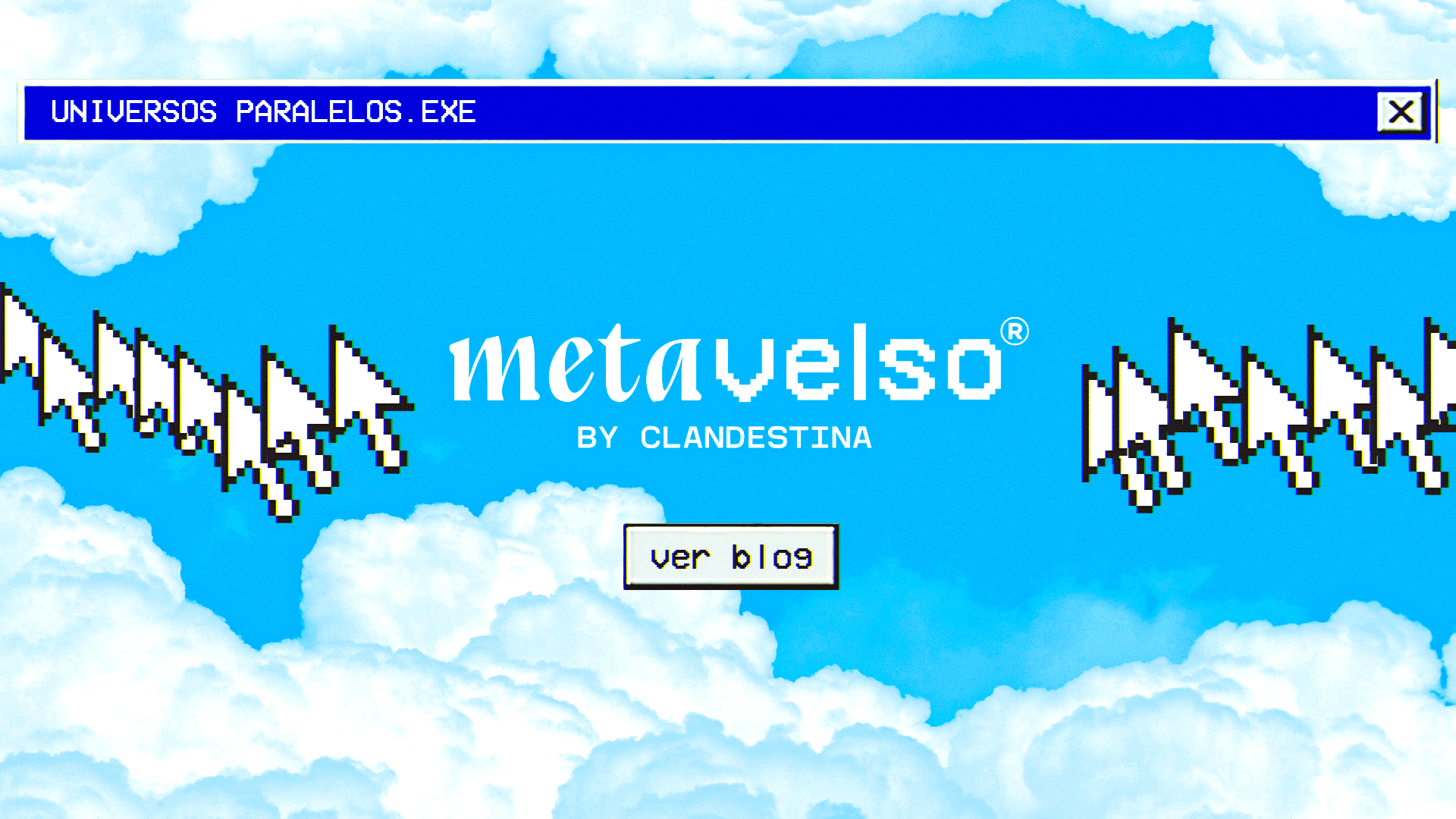 Clandestina is much more than a clothing brand, it is an artistic proposal that tries to help its community, and its work group, to mentally survive and try to resist the harsh reality of living in Cuba.

Next November 19th, Clandestina, with the support of Four Wives and many other collaborators and friends, is bringing out its A-game to provide you with 12 hours of disconnection. We intend to recreate a physical Metavelso that helps people in Cuba to get out of reality and connect with a space that allows, at least for a while, to have a good time; not letting anything disturb us, just the idea of ​​enjoying, partying and having a good time. And, through our outfits, we are going to pay tribute to those who are here and to the ones that aren´t, to our mental and physical health, to reach our Metavelso, our space of calm and peace.

As of 2016, we annually launch a collection, an artistic output that is always connected to the reality that surrounds us. A collective effort where we let out our frustrations, but also our hopes, our clean energy; where we put in many hours of work to offer our community a space for reflection, and, often, one for evasion and criticism.

We did our first catwalks at the Cuban Art Factory in 2016 and 2017. Se Acabó el Drama was the first, and back then we wanted to celebrate that enthusiastic moment of the Obama era. Then, Guayalab was created, and it was our first attempt to create a collective collection from the premise of ethical fashion and recycling.

In 2018, we presented País en Construcción. It was a very complex year for the entire private sector and the thousands of Cubans who were trying to build a new way of being in Cuba. The collection was a tribute to all of us, to the thousands of Cubans who had decided to stay, return to the Island, fix up houses to rent them, and offer services and products to the population; long story short, it was a tribute to the entrepreneurs who continued to believe that it was all possible despite all the restrictions and challenges. Back then, many of us felt that we were finally taking part in the reconstruction of Cuba. Plus, at that time, we celebrated the arrival of the internet, something extremely necessary for all of us and that saved our lives two years later with the advent of the pandemic.

Glorias Deportivas arrived the following year, with a proposal focused on the people’s struggle. In the daunting task of staying on their feet, of resisting a country in constant economic crises, a country in “coyuntura”, demonstrated that the ordinary Cuban was a high-performance athlete capable of withstanding the toughest tests and situations.

After confinement, in the middle of a pandemic and a brutal crisis, we launched Global Warming. We intended to argue about the crisis, no longer national but at a planetary level. A structural crisis, criticizing superabundance, mass production, and extreme consumerism, and defending a more coherent, more sustainable way of doing things, connecting with the need of harmonizing with the planet. That year the artistic output was raised from an artistic premise focused on the collective as a method of resilience, betting on a new way of doing things. Many Cuban brands, with which we shared, joined and continue to share the same philosophy. This is how we launched our first collective collection.

And then 2022 arrives, the worst year that the brand and all Cubans inside and outside of Cuba have experienced. The year of the biggest migratory crisis in the recent history of the country, the year of the total economic crisis, in which being an entrepreneur is equivalent to surviving, learning to bend without breaking down, and finding mental resources to be able to withstand the pressure of having to continue, to have to move forward.

Clandestina is also suffering from this crisis. Our relatives, our friends, and a large part of our community have decided to migrate, looking for new opportunities, putting their lives at risk most of the time. We need to talk about that experience, discuss it and criticize it. We need to pay tribute to all those who have had the courage to leave, but also to all of us who stay and have the need to build mental spaces to be safe. And that mental need is the Metavelso, the virtual space that allows us to get up every day, not throw in the towel, and continue the fight. Because, as our main slogan of the collection says “Any place is worse than this”. Where “place” means one’s own decision or the actual need to stay, and bet on moving forward, here, in Cuba; but also the decision to leave and start from scratch, away from family, friends, and one’s country. 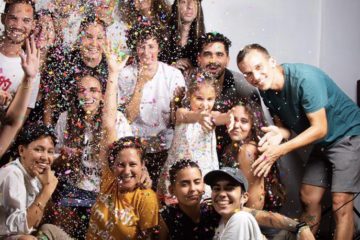 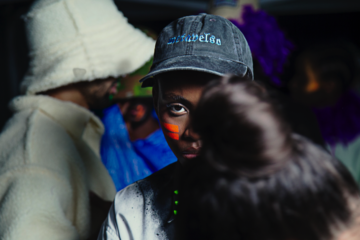